There was an error loading this page and some features may be unavailable. Please refresh your page or try again in a few minutes. If you continue to see this error message, please email us at howdy@embarkvet.com.
Details: Required resource static/js/runtime-main.1939ccc0.js,static/js/2.4802c252.chunk.js,static/js/main.5ec388e8.chunk.js was not loaded.

Compare your dogs to Swarna Select one to begin:

How are Swarna's ancestors represented in her DNA?

How does Embark know which breeds are in Swarna?

We can use the length of segments Swarna shares with our reference dogs to see how many generations it has been since they last shared an ancestor. Long segments of DNA that are identical to known purebred dogs tell Embark's scientists that Swarna has, without a doubt, a relative from that breed. By testing over 200,000 genetic markers, we build up her genes one DNA segment at a time, to learn the ancestry with great certainty. Other dog DNA tests look at many fewer genetic markers and have to take a guess at breed ancestry based on that.

What does this mean for Swarna's looks and behavior?

Look closely and you'll probably find Swarna has some physical and/or behavioral resemblance with her ancestor's breeds. The exact similarity depends on which parts of DNA Swarna shares with each breed. Some traits associated with each breed are listed in the Breed & Ancestry section of our website. Embark will tell you even more about Swarna's traits soon!

“Dogs Like Swarna” are based on the percentage of breeds the two dogs have in common. For example, two dogs that are both 27% Golden Retriever and 73% Poodle will have a score of 100%. Sometimes dogs with high scores look alike, and sometimes they don’t — either way the comparison is based on each dog’s unique DNA, which is much more accurate than judging by looks. 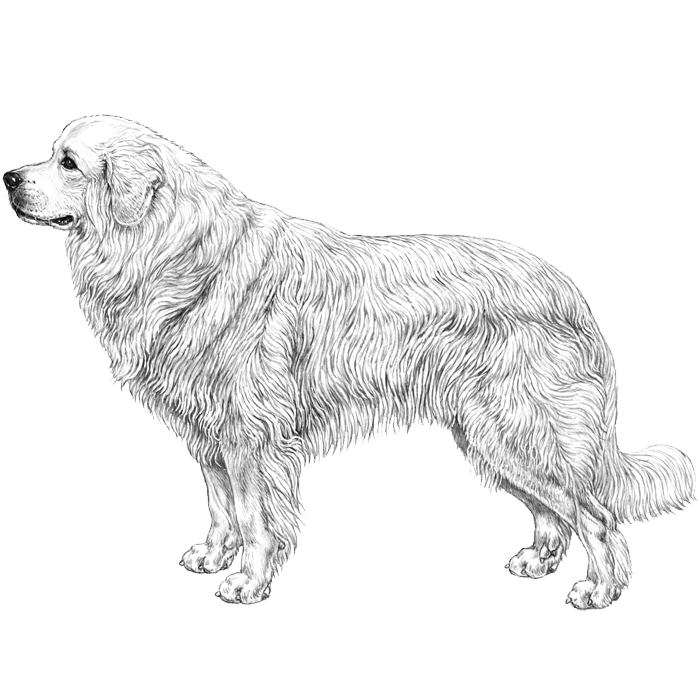 The Polish Tatra Sheepdog is a flock guardian dog from the Podhale region of southern Poland. Its calm yet alert temperament make it a great companion dog and guard dog.

Through Swarna’s mitochondrial DNA we can trace her mother’s ancestry back to where dogs and people first became friends. This map helps you visualize the routes that her ancestors took to your home. Their story is described below the map.

This female lineage can be traced back about 15,000 years to some of the original Central Asian wolves that were domesticated into modern dogs. The early females that represent this lineage were likely taken into Eurasia, where they spread rapidly. As a result, many modern breed and village dogs from the Americas, Africa, through Asia and down into Oceania belong to this group! This widespread lineage is not limited to a select few breeds, but the majority of Rottweilers, Afghan Hounds and Wirehaired Pointing Griffons belong to it. It is also the most common female lineage among Papillons, Samoyeds and Jack Russell Terriers. Considering its occurrence in breeds as diverse as Afghan Hounds and Samoyeds, some of this is likely ancient variation. But because of its presence in many modern European breeds, much of its diversity likely can be attributed to much more recent breeding.

Part of the large A1d haplogroup, this common haplotype occurs in village dogs all over the world. Among the 32 breeds we have sampled it in, the most common occurrences include Boxers, Labrador Retrievers, and Papillons.

The vast majority of Rottweilers have the A1d haplogroup.

Are you looking for information on the breeds that Swarna inherited from her mom and dad? Check out her breed breakdown.

Since Swarna is a female (XX) dog, she has no Y-chromosome for us to analyze and determine a paternal haplotype.